Are Value-Added Networks the Way to go for B2B Communication?

You are probably familiar with this ‘BIG VAN’ claim repeated early and often by the champions of value-added networks (VANs):

The claim, like all wide-ranging quotes, is to some extent only relatively true. Its validity depends upon who you are connecting with and how actively you link up with your trading partners. A closer look at the flow of goods and information within your business network will possibly reveal that no single network or VAN can address all your B2B/B2C communication needs.

While EDI and, in some instances, the VAN does help you connect, connecting with all your trading partners translates into a significantly higher ROI.  EDI today means more than simply X12; it means supporting multiple standards, formats, and transactions from X12, UN/EDIFACT, and GS1 XML trade messages to a number of non-EDI formats like JSON, flat files, text files, and proprietary XML message formats.

Read more: The truth behind the “competitive advantage” of value-added networks

The ‘BIG VAN’ value prop proudly claims that all members in your value chain are available on the same network or VAN as yours; while true to some extent, this is not an entirely accurate assessment. A VAN connection is by all accounts handy and, in some cases, necessary to interact with some trading partners. But it certainly is not everything.

The right tool with the right EDI transportation methods delivers far more effectively than ‘BIG VAN’ and at a lesser cost.

The Significance of the EDI VAN Interconnect

The ‘BIG VAN’ claim is largely backed by the EDI VAN interconnect. The interconnect is a tool that helps your value added network communicate with other value added networks and facilitates exchange of EDI transaction documents between connected pairs of trade partners. The more partners you connect with, the bigger the benefit derived from your communication network.

VAN interconnects effectively reduce friction between and among VANs, while also reducing the need for new VANs. The largest of the VANs reduce VAN-related confusion within partner networks by making claims to connect to thousands of trading partners; in effect though, ‘BIG VAN’ highlights the characteristics of EDI under which all EDI solutions and VAN partners operate.

But what about transactions beyond X12 EDI?

‘BIG VAN’ and the interconnect rely on a steady stream of ISA and GS identifiers within X12 transactions to move data, without which the ‘BIG VAN’ is about as useful as a cell phone without buttons.  While the VAN connection does handle X12, what about images, APIs, or XML files? These are typically not included in ‘BIG VAN’ offerings and, in most cases, require a different product altogether, adding to your overall cost.

‘BIG VAN’ makes a big claim and living up to that claim is becoming nearly impossible.  This makes all ‘small VAN’ operators a competitive threat – why else would ‘BIG VAN’ make such claims if not to control and confuse the market? The VAN interconnect and image files remove the confusion from the claim ‘the advantage of the network is the network itself’; what else is there to the reality of ‘BIG VAN’?

Architecturally speaking, an EDI solution is actually made up of three components (or solution layers, if you’ll pardon the expression) – the transportation, transformation, and integration layers. While EDI is very effective when it leverages a ‘VAN’ connection, the VAN component is only a fraction of EDI, less than 30%.

Components of the ‘VAN Solution’

The key word is ‘choice’. If one network has the potential to provide a competitive advantage, do multiple networks offer even greater benefit?

The quantity of available networks is only one criteria that determines how effective your network is.  Connecting to multiple VANs is, frankly, a drain on resources, particularly when all VANs make use of the same VAN interconnect.

While there is a need to be mindful of the connections available to your trading partners, using multiple VAN connections to stay in touch makes no sense at all. It is like having two or more cell phones or cable TV subscriptions, particularly when methodologies like AS2, MFTP, FTP, SFTP, and APIs are available.  Many of these options have low or no cost associated with them while VAN costs are subscription based and incur transaction fees that need to be paid monthly, much like that second cell phone that we referenced earlier.

Application Statement 2 (AS2) is used for a reliable and secure transfer of data over the Internet. It provides a direct, unhindered connection with a trading partner and delivers document receipts and real-time tracking without requiring a VAN or a VAN interconnect. Your standard internet connection serves as the transportation layer; it is payload-agnostic, which means you can use the same tool to transmit images and every business has internet connectivity today.

Unlike a VAN, AS2 does not typically have monthly charges or transaction fees. It reduces the chances of transaction failure by establishing a one-to-one transmission channel, without the need for a middle man, a VAN interconnect, or a ubiquitous VAN. Also, there is a Message Delivery Notification, but more on the MDN at a later time.

Putting It All Together

Now that we have unpacked the ‘BIG VAN’ claim, we can conclude that your EDI solution should provide more than one communication channel, has to be capable of handling a wide range of EDI formats, and MUST integrate smoothly and automatically with your enterprise systems.

We’ve also come to the conclusion that ‘BIG VAN’ cannot support the features that you need without complicating matters with additional software and subscriptions.

PartnerLinQ also supports API-based ecommerce platforms like Shopify and Magento out of the box, providing your organization a seamless shift between EDI and API integrations; there’s nothing to add and nothing to buy, it’s all in there.

The solution also operates seamlessly between EDI and non-EDI formats – from X12, UN/EDIFACT, and GS1 XML to non-EDI formats like XML and JSON. While there are too many formats to list in a blog, this is a crucial factor that make PartnerLinQ a perfect choice for your EDI, B2B, and API integration and for smooth communication, while decreasing your reliance on ‘BIG VAN.’ 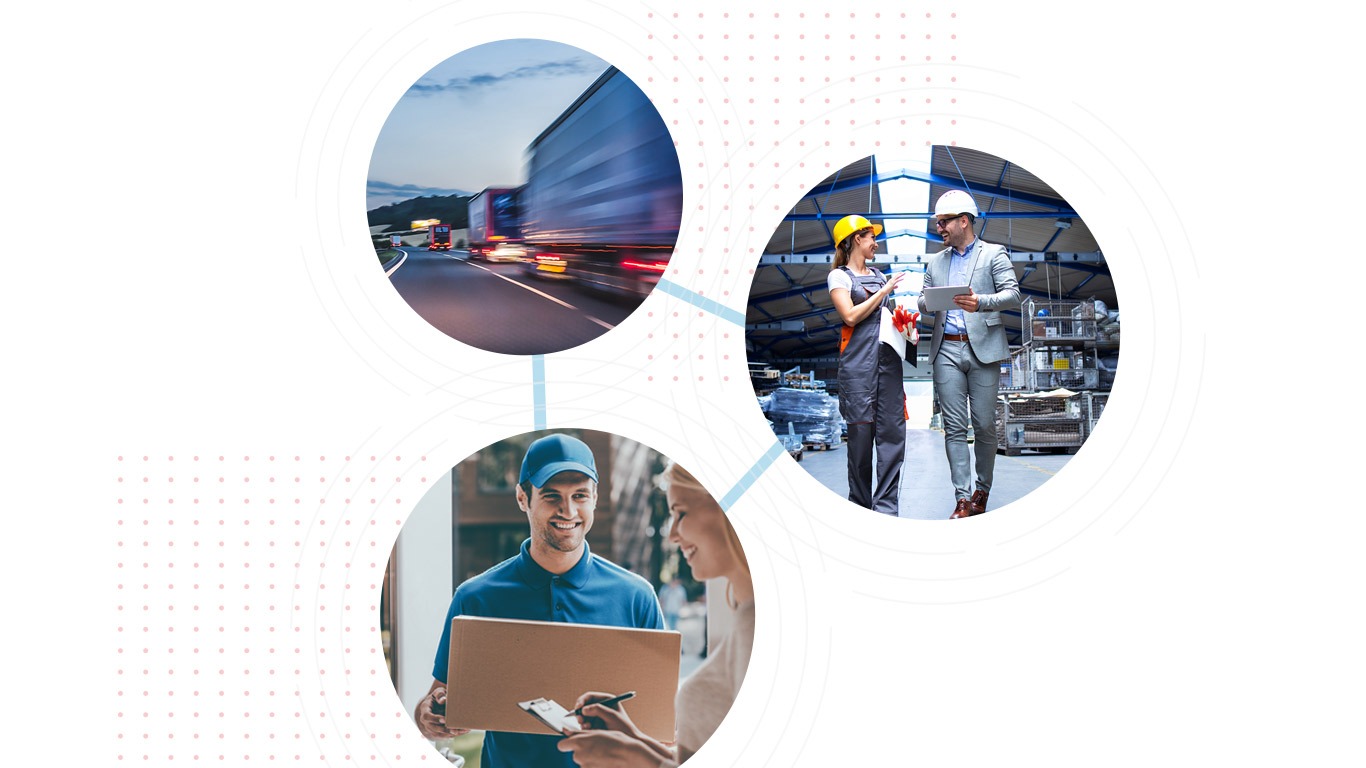 The Importance of a Connected Supply Chain

As we put the highly turbulent past year behind us, there is one lesson that businesses will take with them into 2021: be prepared for the unexpected. The chain of events which will forever define 2020 impacted businesses across industries and around the world. The pandemic took nearly every business by surprise, regardless of scale, sending waves of disruption across many supply chains. Supply chain in general nearly came to a grinding halt due to global lockdowns and subsequent changes in consumer behavior and demand. This consequently impacted factory output with nearly every warehousing and transportation company finding their operation, their business, themselves and their families, at risk.

The Road from Dynamics AX to Dynamics 365 with Modern EDI

The cooperative advantage of EDI integration

ollowing transportation and transformation, integration is the final step in the EDI process. Whereas transportation provides a pathway for business data, and transformation converts data into a format that the recipient’s system can consume or otherwise accommodate, integration brings the transformed data into the internal or host system. The end-to-end process is always a cooperative affair. This cooperation between endpoint applications enables data transfer between them, improving relationships in a seamless coordination across systems, departments, trading partners, transportation networks, and across oceans.